At Boardroom Advisors, we work extensively with entrepreneurs and business owners. That means we understand that for those people, their bottom line isn’t always the bottom line. They care about the long-term future of their businesses and the legacy they leave when they move on.

Such considerations come into stark focus when it comes to succession planning. Company founders want a particular type of succession. They want an option that secures their financial future and that of their business. Employee Ownership Trusts (EOTs) are becoming increasingly popular for that very reason.

What is an EOT & How Does it Work?

An EOT is a model for business ownership. By establishing the special type of trust, an entrepreneur or founder can transfer ownership of a firm to its employees. This has been an option for small business succession since 2014. It was then that the UK government first introduced EOTs.

In this model of ownership, it’s the trust that owns the company. The company’s employees, though, get a say in the running of the business. Profits generated by the firm, too, get distributed equitably amongst the staff. That’s once the trust has finished paying the agreed-upon price for the company to the outgoing owner.

The beauty of EOTs is that they make it simpler to transfer a company to employee ownership. The outgoing owner gets bought out gradually over time. Their sale price comes bit-by-bit from the company’s future profits. Employees, therefore, don’t need to find the finance to buy the company outright. That’s something that would be well beyond most workforces, and what separates EOT from a Management Buy-Out (MBO).

How Employee Ownership compares with other options

How to Manage Your Succession Via an EOT

It’s easier than you may think to sell a company to an EOT. In fact, the straightforward nature of the process is one of its key advantages. If you want to manage your succession from a business through the EOT route, you need to do the following:

Conditions to Meet to Set Up an EOT

The above is a fair reflection of the process involved in setting up an EOT. As an HMRC-approved scheme, however, there are some further rules attached. Before you begin a sale to an EOT, you must make a submission to HMRC. That’s to prove that your EOT will meet their qualifying conditions:

There are other HMRC-imposed rules, too, but the above are the principal examples.

Advantages of an EOT for an Outgoing Owner

Succession via an EOT holds benefits for many of the parties involved. Some of the most significant advantages for an outgoing owner are as follows:

Benefits of an EOT for the Company & its Employees

The EOT avenue for succession doesn’t only offer advantages for outgoing owners. There are also some notable benefits for the company and its employees, as it enters a new phase of existence:

Drawbacks of Succession Via EOTs

No business decision is without its potential drawbacks. The following are some of the possible issues of choosing a succession plan based on the EOT model:

Employee ownership is an increasingly popular business model. Although not technically an EOT, the likes of John Lewis have shown how successful it can be. Aardman Animations and Richer Sounds have followed the EOT path. The UK government, too, is keen on the idea. That’s why they introduced EOTs and made EOT payments to outgoing owners tax-free.

You should now understand the ins and outs of EOT. You know how they work, if they’re right for your business, and how to get started. The rest is up to you. 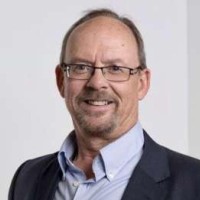 John is highly ranked in the Top 100 UK Entrepreneurs list by City AM and is winner of the Lifetime Achievement Award from techSPARK. He has been a Board Director himself for over 40 years and first started placing Non-Executive Directors over 25 years ago. John founded and ran six of his own businesses including a Management Consultancy for 10 years, a Corporate Finance offering for 10 years and a mid-sized Digital Agency for another 10 years.
Categories: Blog, Advice, Business, Startup, Startup

An Interview With John Courtney – Chief Executive Of Boardroom Advisors